The Sargent Art Group was founded by Jean McNeil Sargent,
whose name was actually Jean Braley, but she liked to be called McNeil.
McNeil taught at Mira Costa College and privately to small groups, which is where many of us met her.
She was a teacher of art, but also an encourager to all her students.
McNeil's exuberance for life was inspiration for many,
and she lived life to its fullest until she passed away in October of 2012.
She is always with us in spirit.

We keep this page on our website in tribute to our founder--our leader, our friend.
Below are some samples of McNeil's art. 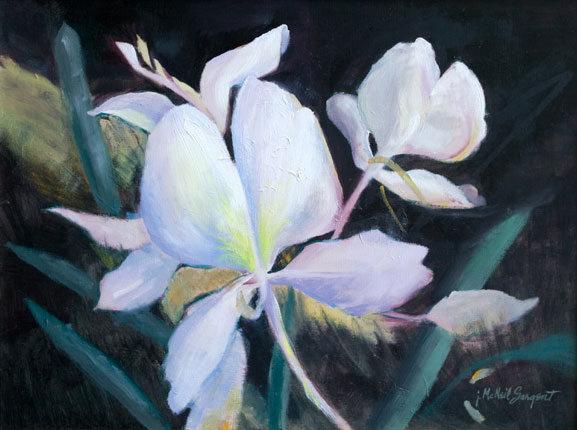 ​McNeil found inspiration on the Cote d’Azur, where she spent half of each year working on her art for upcoming exhibits.  In 2007 she had a show in Paris at La Gallerie Myriam H.  With exhibits throughout the world, it is no wonder that the Center of Women’s Studies at San Diego State University, named McNeil Sargent as one of the four outstanding women artists in San Diego.
J. McNeil Sargent was a Dynamic force in the San Diego art scene since her move here from Washington D.C.  A world traveler with a wide-ranging experience in the arts, her focus has been largely in the graphics field.  She is also an accomplished painter in oils.
Upon tracing her roots back to John Singer Sargent and James McNeil Whistler, it prompted her to take on the “nom d’artiste” J. McNeil Sargent (aka Jean Braley).  One of her first undertakings when she arrived here was to organize and serve as president of the local chapter of National Artists’ Equity.  The chapter grew to a membership of over three hundred artists.
McNeil is represented in over four hundred public and private collections, and is listed in Who’s Who in American Art.  Her original graphics are in the Bibliotheque Nationale de France; the American Embassy program in Washington D.C.; the Smithsonian Institute Washington D.C.; the Las Vegas Museum, Las Vegas, AZ and others.

In 1982, she was asked by artist Francoise Gilot to become Executive Director of the Printmakers’ Atelier in Del Mar.
​Under her guidance the Atelier gained international recognition in the graphics field. 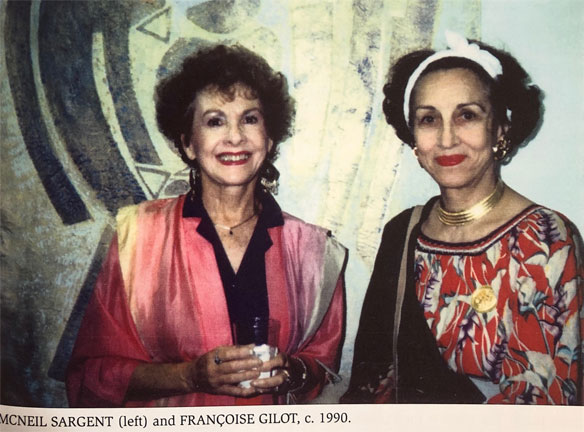 ​
​Near the end of her life, McNeil's friends encouraged her and helped her write her memoir.
"My Affair with Art", is a 48 page book which includes over 25 color images and many wonderful stories of her life.
​She spoke about her Memoir at the Carlsbad Library on February 25, 2012.
​(We still have a few copies of the book available for sale.) 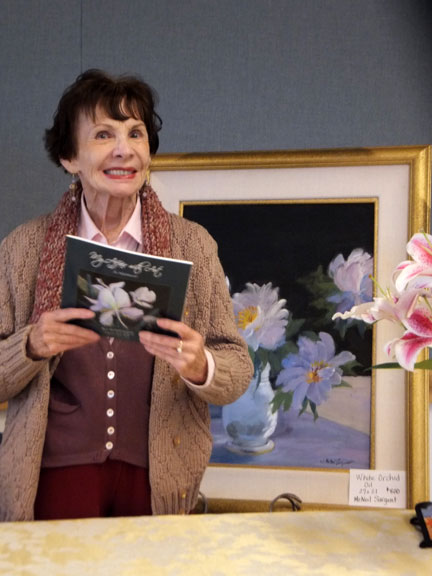 McNeil in front of her painting, holding her book. 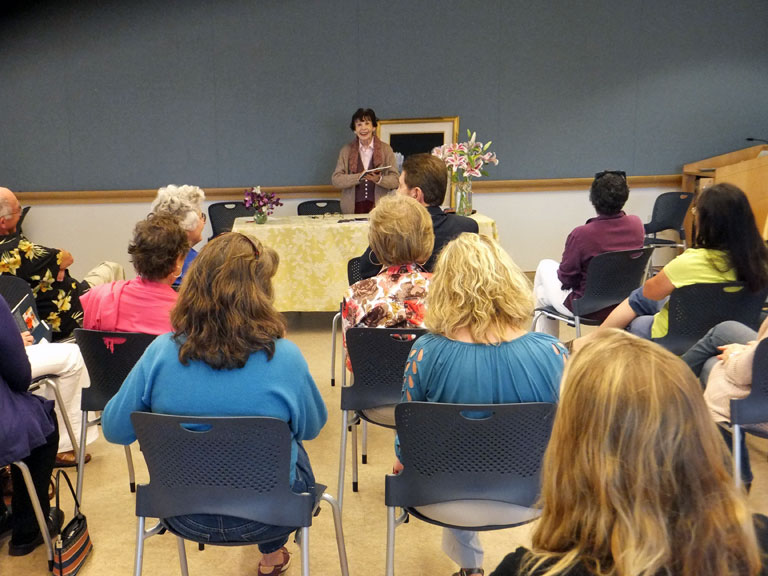 McNeil speaking about her book to her audience. 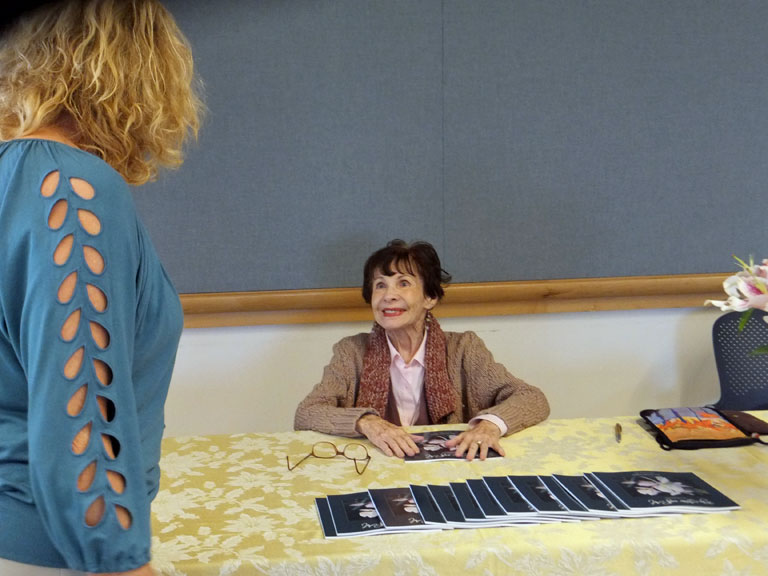 McNeil is ready to sign books, which were available for purchase. 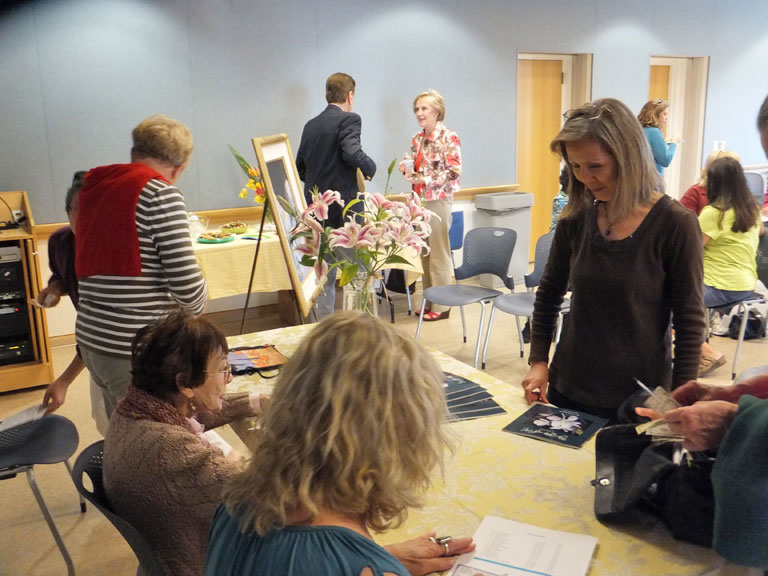 McNeil wrote a personal note to each purchaser.
​ Most of this group are students, friends, and members of the Sargent Art Group she founded
--all of whom wish to share their beloved McNeil's joyful zest for life and art. 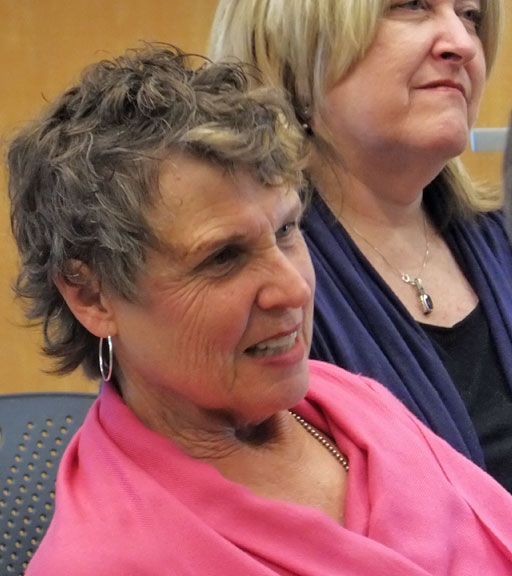 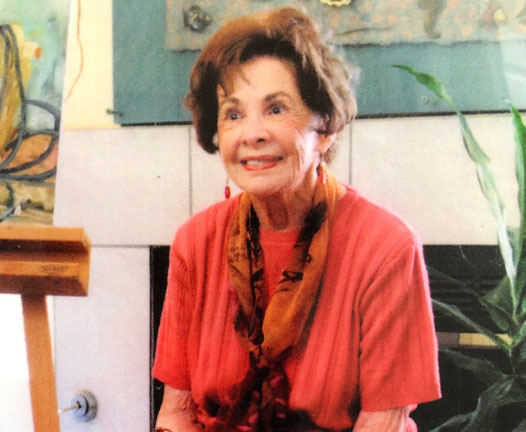